Replying To Various Points Raised By The Deputation Of The Scheduled Cast Federation Dacca, March 21, 1948 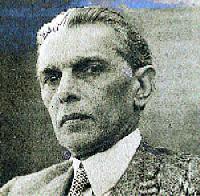 "We stand by our declarations that members of every community will be treated as citizens of Pakistan with equal rights and privileges and obligations and that the minorities will be safeguarded and protected".

He added: “But you must have a little patience and give us time to make the effort to give effect to those declarations. I assure you of our goodwill and solicitude for the welfare of the Scheduled Castes in particular, as you have been downtrodden for countries, deserve more help than any other community. I have always advocated your cause and I shall continue to do so.”

In regard to their proposal that two Scheduled Caste Ministers should be included in the East Bengal Ministry, the Quaid-i-Azam said: “It is not that we are against including the Scheduled Castes in the Ministry, but the present position of the Schedule Castes in the Assembly is that you have only five members who follow you out of 19. We are after all working on the lines of democracy and if we were to take one of those five, it would neither be good for you nor for the East Bengal Ministry, because it will at once be said, as far as we are considered, that he was only a creature of the Bengal Prime Minister who had picked him up, whereas he did not enjoy the confidence of the overwhelming majority of the Scheduled Caste members of the Assembly. This has been one of the difficulties in our way for which we ourselves are most anxious for a solution.