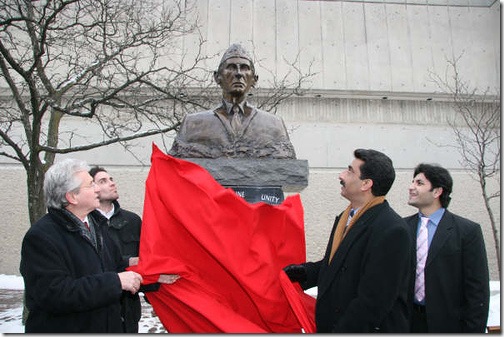 The 1.5-metre-high bronze casting on stone plinth was created by David Mcdougall, a graduate student in York’s Faculty of Fine Arts, who was selected by the PSA on the recommendation of his supervisor, Brandon Vickerd, professor in York’s Department of Visual Arts. Mcdougall, who specializes in figurative sculpture, said he enjoyed the unveiling of his first public commission. “It was a great feeling,” he said. “I was very excited to see my work on campus. It was a great day.” 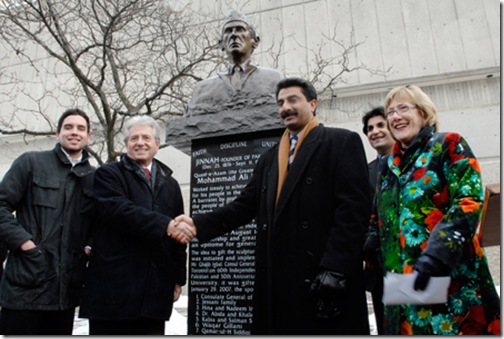 Mcdougall said he chose an iconic image of Jinnah – the one that appears on Pakistan’s 10-rupee coin – as the design for his bust. The only stipulation from the student association, Macdougall said, was that the bust show Jinnah in a suit, to denote his background as a British-trained lawyer.