Statement Regarding Killing In The Minority Province New Delhi: Nov 3, 1946 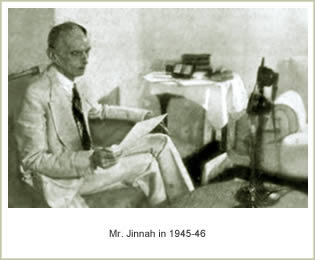 Quaid-i-Azam Muhammad Ali Jinnah, President of the All India Muslim League has issued the following statement to the press:

“I have been receiving reports of very grave and serious character of killing and destruction of property from the Muslim minority provinces such as Bihar, U.P., C.P., Madras and Bombay and I assure the Muslims of minority provinces that it was not due to indifferent or neglect that I have been queit. The matter is receiving my most careful attention and consideration.

Enquiries by the League

“It was arranged that four members of the Interior Central Government should go to Patna. Besides Mr. Muhammad Nauman, M.L.A. (Central) has been deputed by the Muslim League Party in the Central Assembly to go to Bihar and enquiries are being made with regard to those parts of U.P., C.P., Bihar, Madras and Bombay where disturbances have taken place, including East Bengal and Calcutta.

“I shall await the reports of our representatives Mr. Liaquat Ali Khan and Sardar Abdur Rab Nishtar on their arrival here. I naturally am very deeply grieved to hear of the brutal and outrageous happenings. At present I can only ask the Muslims to remain calm and peaceful and bear it with patience, however aggressive or provocative may be the attitude of other people”.